Our Commitment to Compliance and High Ethical Standards

Code of Conduct for Directors/Senior Management

This Code of Conduct helps maintain high standards of business conduct and ensures compliance with legal requirements. All the Directors and the Senior Management of the Company must act within the bounds of the authority conferred upon them and with a duty to make and enact informed decisions and policies in the best interests of the Company and all its shareholders / stakeholders.

The “Senior Management” means employees at the grade of General Manager & above and the Company Secretary.

Code of Conduct for Independent Directors

I. Guidelines of professional conduct

An independent director shall:

The independent directors shall:

The independent directors shall:

Code of Conduct for Employees

Code of Practices & Procedures for Fair Disclosure of UPSI

This Code of Internal Procedures and Conduct for Regulating, Monitoring and Reporting of Trading by Insiders will be known as “ADOR WELDING LIMITED Code of Conduct for Prohibition of Insider Trading”, hereinafter referred to as ‘Code’. This Code is prepared in accordance with the applicable provisions of the SEBI (Prohibition of Insider Trading) Regulations, 2015 (effective 15th May 2015).

Objective of The Code of Conduct

For the purpose of this Code:

A Corporate Committee for Prohibition of Insider Trading consisting of the following employees has been formed at the Corporate Office, to monitor this Code of Conduct (for Prohibition of Insider Trading): a) Mr. S. M. Bhat b) Mr. V. M. Bhide c) Mr. Manoj Pandey Mr. V. M. Bhide will work as the Secretary of the Committee. He will also work as the Compliance Officer.

a) Need to Know: All UPSI shall be handled within the Company on a need-to-know basis, where “Need to Know” basis means Unpublished Price Sensitive Information should be disclosed only to those within the Company who need the information to discharge their duties and whose possession of such information will not give rise to a conflict of interest or appearance of misuse of the information. No Unpublished Price Sensitive Information shall be communicated or provided to any person, except in furtherance of the insider’s legitimate purposes, performance of duties or discharge of his legal obligations. All the Directors & Insiders shall maintain the confidentiality of all the Price-Sensitive Information. They shall not pass on such information to any person directly or indirectly, by way of making a recommendation for the purchase or sale of securities. No person shall procure from or cause the communication by any Insider of UPSI, relating to AWL’s securities, except in furtherance of legitimate purposes, performance of his / her duties or discharge of legal obligations. Unpublished price sensitive information (UPSI) may be communicated, provided, allowed access to or procured, in connection with a transaction which entails:

All the Directors, KMPs, Designated Employees and connected persons of AWL shall be subject to trading restrictions as enumerated below:-

a) Trading Plan : An Insider shall be entitled to formulate a “Trading Plan” (TP) for dealing in securities of the Company and present it to the Compliance Officer for approval and public disclosure, pursuant to which trades may be carried out, on his / her behalf in accordance with such plan. This provision intends to give an option to persons who may be perpetually in possession of unpublished price sensitive information and enabling them to trade in securities in a compliant manner. This provision would enable the formulation of a trading plan by an insider to enable him to plan for trades to be executed in future. By doing so, the possession of unpublished price sensitive information when a trade under a trading plan is actually executed would not prohibit the execution of such trades that he had pre-decided even before the unpublished price sensitive information came into being.

All the Directors & Designated Employees of AWL and their immediate relatives, who intend to deal in the securities of AWL (above a minimum threshold limit of 5000 shares), should pre clear the transactions. However, no Designated Employee shall be entitled to apply for pre-clearance of any proposed trade if such designated person is in possession of unpublished price sensitive information even if the trading window is not closed and hence he shall not be allowed to trade. The pre-dealing procedure shall be as follows:

– A Director or Designated Employee shall make an application in the prescribed Form (Annexure 1) to the Compliance Officer, indicating the estimated number of securities that the Designated Employee intends to deal in alongwith the details as to the depository with which he has a security account, the details as to the securities in such depository mode and such other details, as may be required by the Company in this behalf. – A Director or Designated Employee shall execute an undertaking in favour of the Company (Annexure 2) inter alia, incorporating the following clauses, as may be applicable:

– The Compliance Officer shall approve the Pre-Clearance application within 2 working days of its receipt, in the prescribed Form. (Annexure 3). – All Directors & Designated Employees shall execute their order in respect of securities of the Company within one week after the approval of pre-clearance, and shall file the details of such deal with the Compliance Officer in the prescribed form, within 2 (two) days of the execution of the deal. In case the transaction is not undertaken, a report to that effect shall be filed. (Annexure 4). – If the order is not executed within seven days after the approval is given, the Employee / Director must pre-clear the transaction again. – A Director / Employee who buys or sells any number of shares of the Company shall not enter into an opposite transaction i.e. sell or buy any number of shares during the next six months following the prior transaction and shall also not take positions in derivative transactions in the shares of the Company at any time. – In case of any contra trade gets executed, inadvertently or otherwise, in violation of such a restriction, the profits from such trade shall be liable to be disgorged for remittance to the (SEBI) for credit to the Investor Protection and Education Fund administered by SEBI under the Act. In case of subscription in the primary market (initial public offers), the above mentioned entities shall hold their investments for a minimum period of 30 days. The holding period would commence when the securities are actually allotted. The Compliance Officer may waive off the holding period in case of sale of securities in personal emergency after recording reasons for the same. However, no such sale will be permitted when the Trading window is closed.

Other Provisions : The disclosures to be made by any person under this Code shall include those relating to trading by such person’s immediate relatives, and by any other person for whom such person takes trading decisions. – The disclosures of trading in securities shall also include trading in derivatives of securities and the traded value of the derivatives shall be taken into account for purposes of this Code. – Every Connected Person shall be individually responsible for complying with the provisions of the Code (including to the extent the provisions hereof are applicable to his / her dependents)

Trading When In Possession Of Unpublished Price Sensitive Information

The Insider shall not trade in the securities of AWL, when in possession of UPSI, provided that the Insider may prove his innocence by demonstrating the circumstances, including the following:

b) Continual Disclosure Every Promoter, Employee and Director of the Company shall disclose to the Company the number of such securities acquired or disposed of, within two trading days of such transaction, if the value of the securities traded, whether in one transaction or a series of transactions over any calendar quarter, aggregates to a traded value in excess of Rs. Ten Lacs, in the prescribed form.(Annexure 7) The disclosure shall be made within 2 working days of: – the receipt of intimation of allotment of shares, or – the acquisition or sale of shares or voting rights, as the case may be.

c) Disclosure by the Company AWL, in turn, within 2 trading days of receipt of the said disclosures, or of becoming aware of such information, shall notify to all the Stock Exchanges, on which AWL’s securities are listed, the information under the paragraphs of initial disclosure and continual disclosures.

No UPSI shall be passed by Connected Persons by way of making a recommendation for the purchase or sale of securities of the Company. Disclosure / dissemination of UPSI with special reference to analysts, media persons and institutional investors. The following guidelines shall be followed while dealing with analysts and institutional investors: – Only public information to be provided. – At least two Company representatives be present at meetings with analysts, media persons and institutional investors. – Unanticipated questions may be taken on notice and a considered response given later. If the answer includes UPSI, a public announcement should be made before responding. – Simultaneous release of information after every such meet.

Penalty For Contravention Of The Code Of Conduct

a) In case of any violation of the Code, a corporate action will be taken by CCPIT and punishment will be awarded, which may include wage freeze, suspension, ineligibility for future participation in employee stock option plans, etc. b) Action taken by CCPIT for violation of the SEBI (Prohibition of Insider Trading) Regulations, 2015 will not preclude SEBI from taking any other action separately. c) Action in case of Default Without prejudice to the Directions under Regulation 11, if any person violates provisions of these regulations, he / she shall be liable for appropriate action under Sections 11 – 11b, 11d chapter via and section 24 of the Act after giving an opportunity of being heard. d) In case of any violation of the regulations observed by AWL / CCPIT, it shall be intimated to the SEBI by AWL and such person (violator) will be subjected to action that may be taken by SEBI.  Under Section 24 of SEBI Act, 1992 anyone who contravenes the Regulations, is punishable with imprisonment for a maximum period of one year or with fine or with both.  Apart from the above, to protect the interest of the Investors and in the interest of the Securities Market and for the due compliance with the provisions of the SEBI Act, 1992 and the Regulations made thereunder, SEBI may even make enquiries and can even do inspection. e) Any person aggrieved by an order of the SEBI under these regulations may prefer an appeal to the Securities Appellate Tribunal (SAT).

All the Directors, Employees and Connected Persons are hereby requested to read and strictly follow the above referred Code at least while they are in the service of AWL. 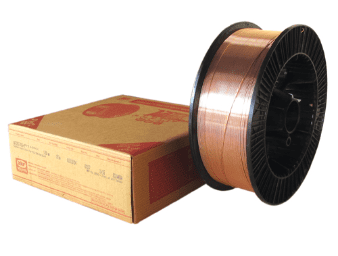